Sign Up
Log In
Purchase a Subscription
You have permission to edit this article.
Edit
Home
News
COVID-19 Vaccine
Sports
Opinion
Photos
Obituaries
Weather
Contests
Share This
No Thanks
1 of 3 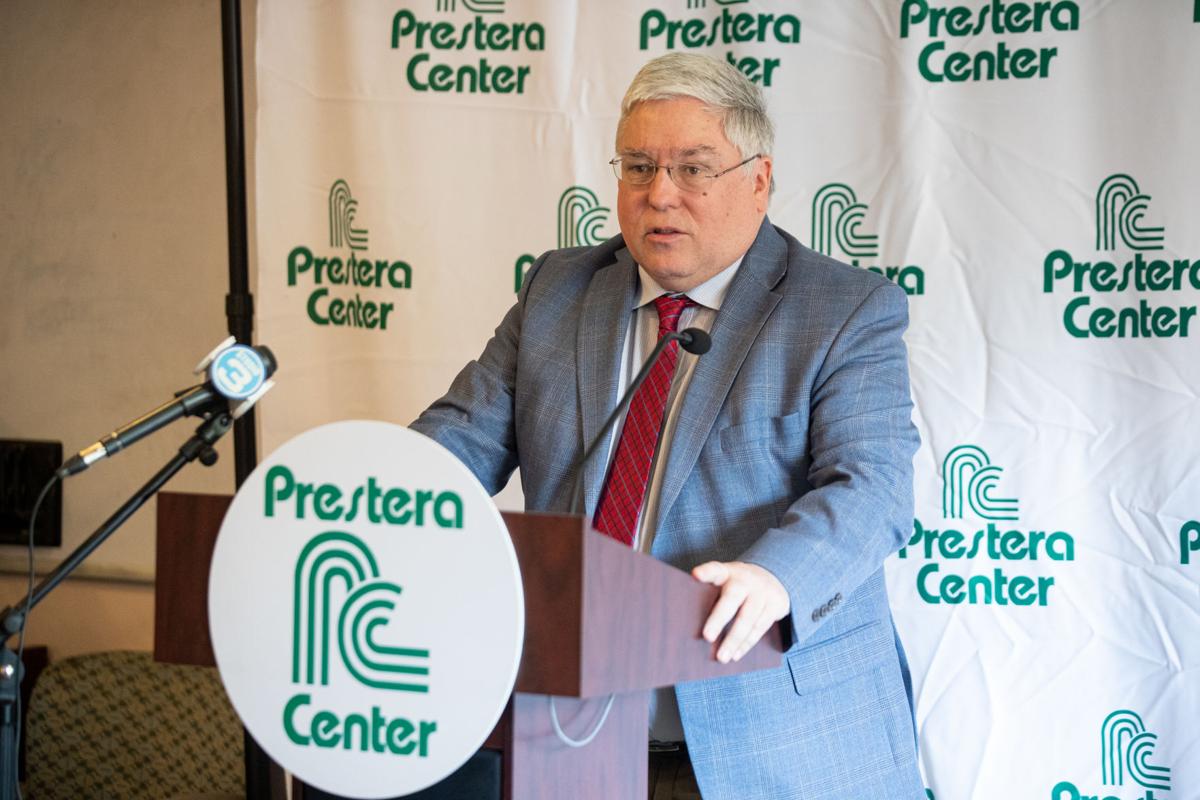 West Virginia Attorney General Patrick Morrisey discusses the opioid crisis with members of the local recovery community during a roundtable discussion at Prestera Center at Pinecrest on Friday, April 23, 2021, in Huntington. 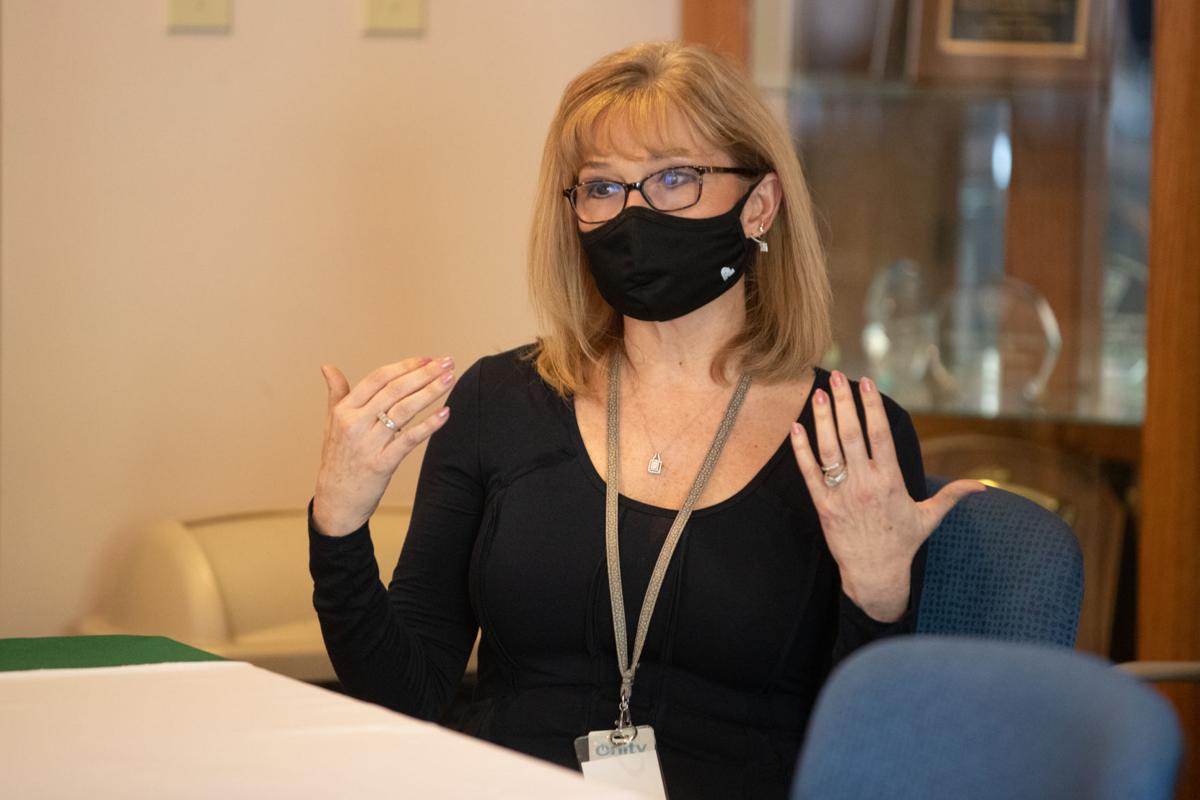 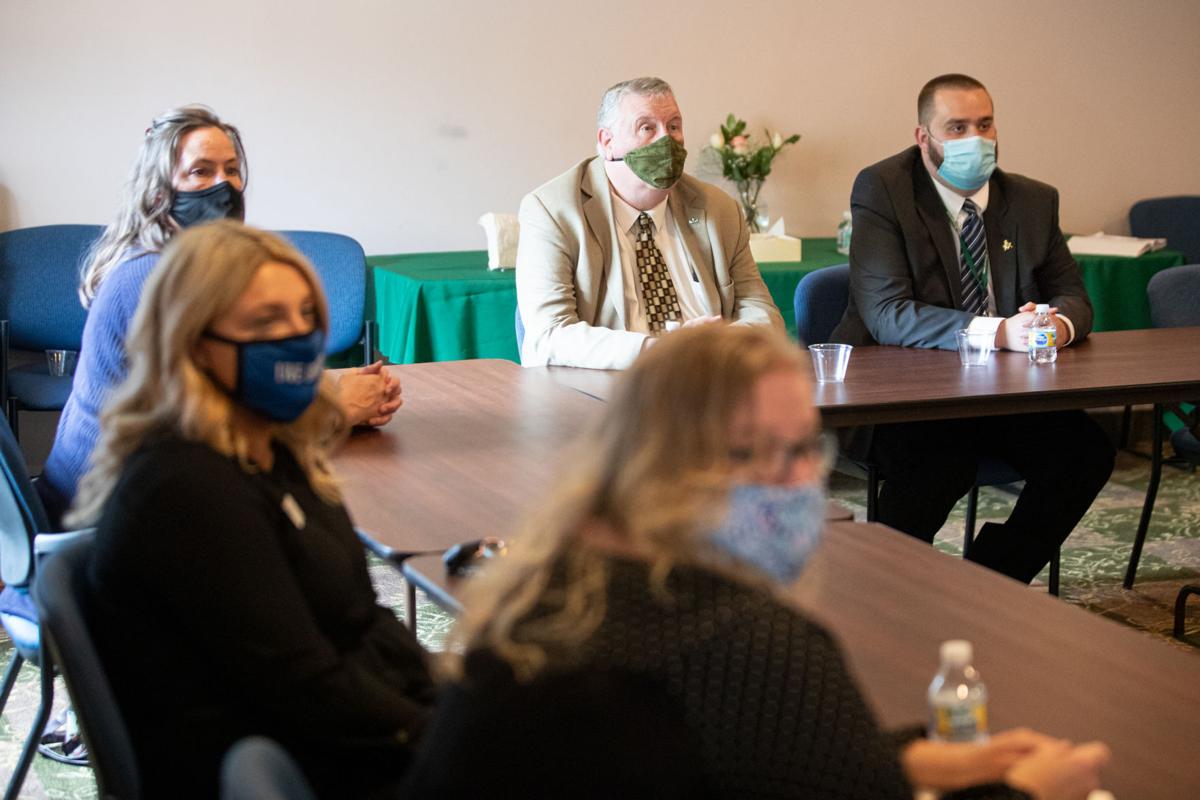 West Virginia Attorney General Patrick Morrisey speaks with members of the local recovery community during a roundtable discussion at Prestera Center at Pinecrest on Friday, April 23, 2021, in Huntington.

West Virginia Attorney General Patrick Morrisey discusses the opioid crisis with members of the local recovery community during a roundtable discussion at Prestera Center at Pinecrest on Friday, April 23, 2021, in Huntington.

West Virginia Attorney General Patrick Morrisey speaks with members of the local recovery community during a roundtable discussion at Prestera Center at Pinecrest on Friday, April 23, 2021, in Huntington.

HUNTINGTON — West Virginia Attorney General Patrick Morrisey said during a roundtable discussion near Huntington on Friday that he has filed an injunction in the $7 billion Purdue Pharma bankruptcy settlement that seeks more money to fight the opioid epidemic.

Morrisey announced Friday that the state, along with several cities and counties — including Ceredo, Kenova, Hurricane, Charleston and Milton — made the filing after determining the amount is not fair because it divides money by population, not how hard a state has been hit.

While the number West Virginia would receive in the settlement as it stands has not been disclosed, Morrisey said the state accounts for about .55% of the country’s population.

“I’m not going to let West Virginia get run over by other states,” he said.

The announcement came during a roundtable discussion at the Prestera Center, which he said was organized to help him reconnect after the pandemic slowed down his public interactions. During discussion, Morrisey focused on recent moves made in litigation, possible settlements of lawsuits and the creation of a program to distribute funds. He also heard from the recovery community on how to use the money in the future.

As Huntington and Cabell County inch toward trial against three drug distributors, Morrisey said he is pushing toward a unified universal settlement between opioid companies and the state, cities and counties.

When asked if he thought that would happen before the trial starts May 3, Morrisey said, “It’s hard to say,” but added he was supportive of the litigation nonetheless.

“We’ve been trying to be in a supportive role because we know we want to weigh in with cities and counties as a whole to get more resources for West Virginia,” he said.

Morrisey said he also hopes to start a fund in which all opioid monies would be deposited. The fund could take in money from several sources — donations, settlements and more — and be distributed via grants to target the worst-hit areas. The state’s Legislature would have to be involved to make sure that happens.

The fund would start with $10 million from the McKinsey & Co. consulting firm settlement made by Morrisey’s office, and more would be added. The Purdue Pharma settlement, for example, is expected to be reached in three to six months.

The money would be spent on education, prevention, hospital beds, residential treatment, detox, job training and law enforcement, he said.

“My message to everyone is let’s spend every penny we can on treatment and recovery,” he said.

While grateful for the opportunity to meet with Morrisey, Kim Miller, development director for Prestera Center, said she was wary of another grant-based program, which often calls for a program to expand its services and compete with others, rather than fueling what it currently has.

“Grants are great. They will get us through … whatever the term of the grant is, but when the grant is done, you have to find something else to sustain the services,” she said. “It would be better if we could have operating capital.”

While one of the largest recovery centers in the area, she said Prestera’s phone system is nearly 25 years old and its computers are outdated, something grants don’t typically cover.

“Those things have to be updated, but at Prestera we are living on shoe strings and are not able to upgrade those things,” she said. “It really interferes with our ability to see all the people that we could see or need it.”

Miller said when she hears big numbers like what is promised with settlements, she thinks of what it would solve, like transportation problems or increasing telehealth programs, which have proved resourceful during the pandemic.

Brian Holly, a recovery specialist working in Putnam County, said the biggest hurdle he has faced isn’t the epidemic, but the stigma behind it.

John Smith, of the Lincoln County Prevention Coalition, said lack of transportation and meetings, worsened by the pandemic, hindered their effort.

Some asked for economic development to have jobs available to communities, while others wanted better access to mental health. Youth program coordinators said children want to be able to talk to people about how they feel without being judged.